The ‘soft border’ with Norther Ireland is under threat, and after only a very short time in Portadown, it has become obvious that the legacy of the Brexit bumbling will be felt for a long time, and that will never be a united Ireland.  I can’t change the politics of the moment, but am keen to explore the politics of the 1800s to learn how the Guys/Bowles ended up in Yangan, Queensland from here and what life might have been like for them then. 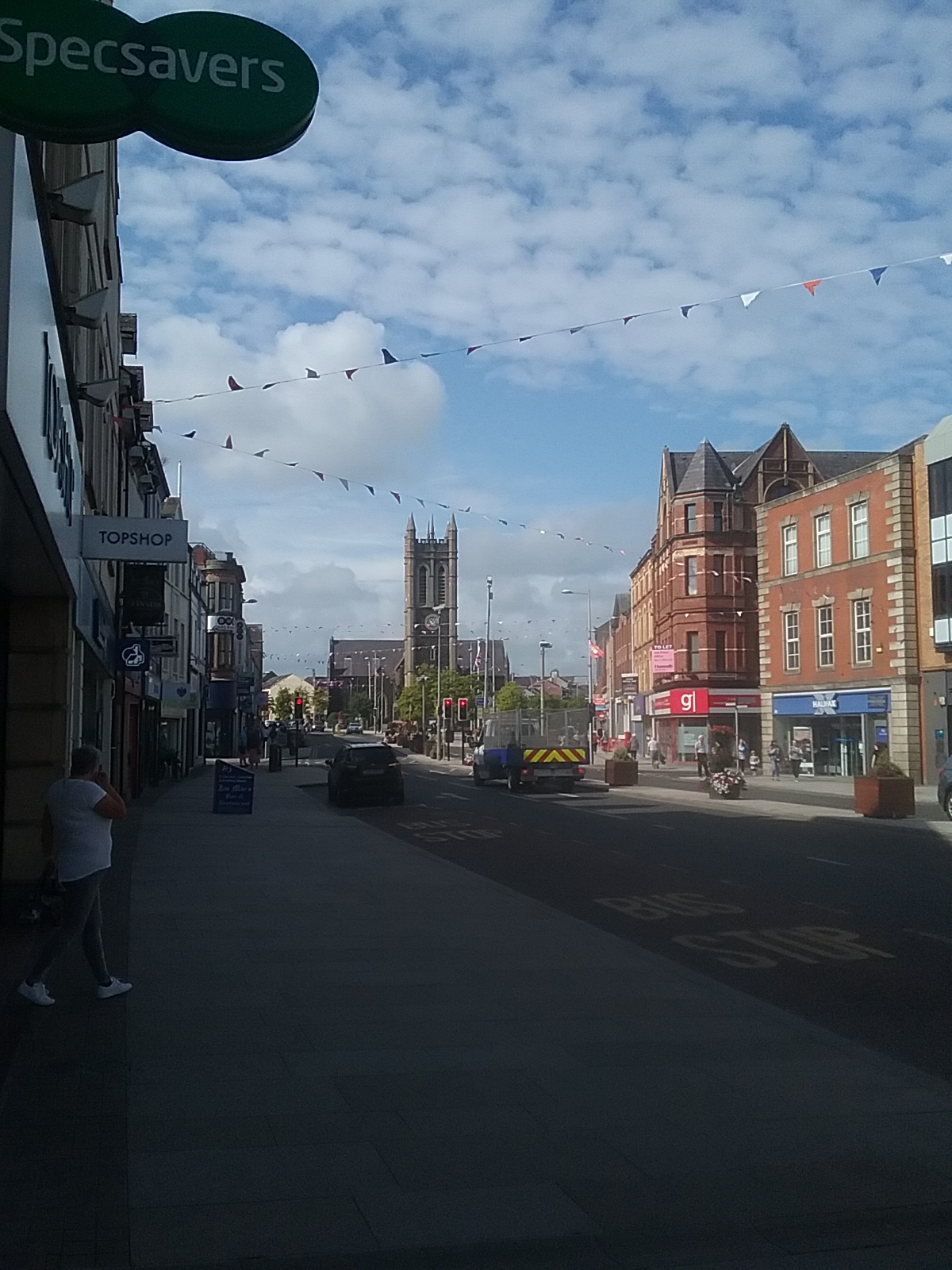 Coming in to the main square in Portadown was a pleasant memory of St Mark’s church from our first visit in 2008, and also the realisation that the town had a vibrancy about it that was great to see.

Having the benefit of cousin Barbara and Derek who joined us from Wales, we walked from our very comfortable apartment (washing clothes and self-catering well-equipped kitchen always a traveller’s bonus) to the pre-arranged heritage tour at the Carleton St Orange Hall.  Wow!  That set our 3 hour long walking tour of the town in motion.

Our guides, Bill (ex army) and George (ex Ambo) are both life-long Orange Men, loyalists, and community supporters….so the guided tour had plenty of history, humour and queries answered.  It was a homecoming and memory-jogger for Babs, and it was delightful to see her reignite childhood joys.  I particularly liked learning about the Quakers; the very amiable mixed community of religious tolerance before the 1970s; the town fathers, the Shillingtons and the the Blackers who were strong influences in my ancestors’ lives; and seeing the different arcitectural styles. 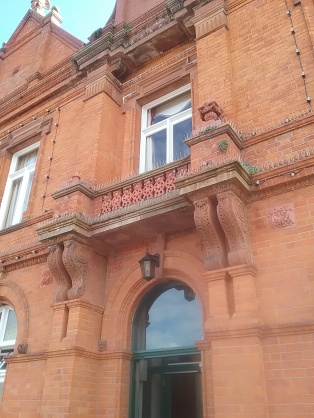 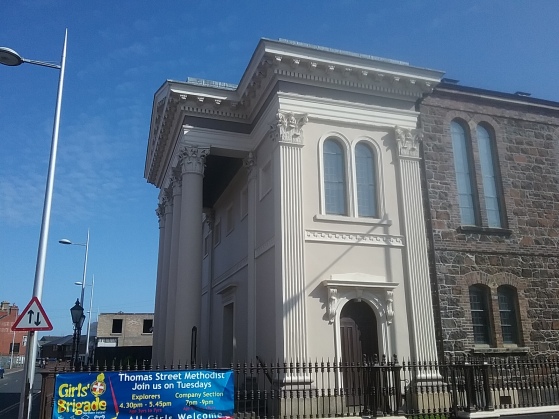 While we both soaked up the histories relevant to our families, there was plenty of other history to see around the River Bann and the sunshine was kind to us.  The stories were not of fairies and fun, but full of ghosts from fateful incidents such as the 1645 massacre of 300. 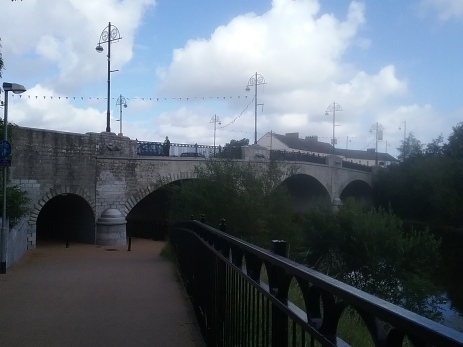 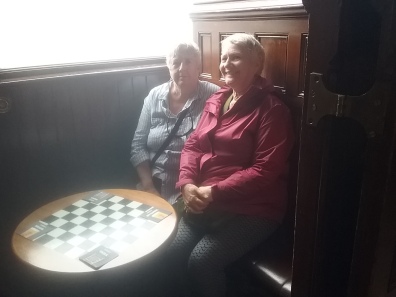 The living history of the Orange and the Black is so ingrained in everyday life and the intensive tour of the Orange Hall in the afternoon, that we were utterly exhausted and the brains whirling with information, questions and uncertainties.  What a day! 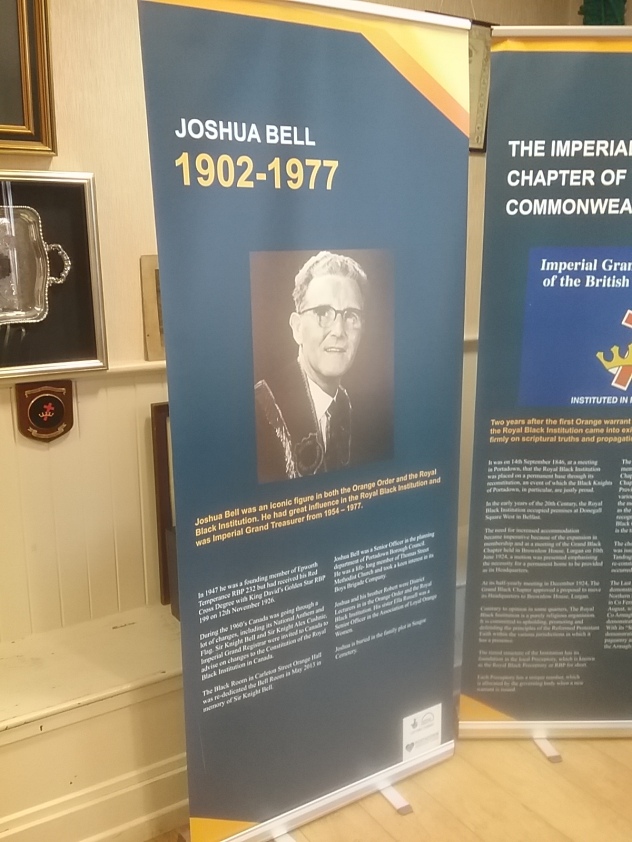 After leaving Bill and George, we dragged weary feet down West St to see the Bowles pub, still owned and run by the Bowles descendants, and then on to Babs and Derek’s digs.  Needed a big black taxi to get us back to ours …….quite a looong day……..but very productive.  And it happens again tomorrow with them guiding us through The Troubles at Dumcree.

2 thoughts on “Portadown – on alert”